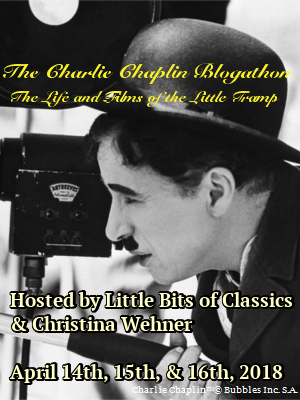 Believe it or not, Charlie Chaplin received only three Academy Awards during his lifetime. Two of these were Honorary Awards, the only competitive one being an Oscar for Best Score, which he recieved for a film that was released 20 years before the presentation took place. How could it possibly happen that the story of Chaplin’s Oscars is so muddled? And what were his most famous snubs? All of this will be cleared up in the following paragraphs.

Chaplin’s connection with the Academy Awards started during the very first Academy Award Gala in 1929. Chaplin was nominated for The Circus, but he didn’t appear in the audience, most probably because he was afraid of the event, even though his best friend, Douglas Fairbanks was handing over the statuettes that year.
However, back in those days, the Academy was not yet as experienced as now and they didn’t nominate Chaplin’s movie for more cathegories – they nominated it for a so-called ’Special Award’ instead (his first Honorary Award), where The Circus won alongside the very first sound movie, The Jazz Singer. Chaplin got the award for ’versatility and genius in writing, acting, directing and producing’.

The ceremony was held on May 16th, 1929 in the Blossom Room of the Roosevelt Hotel

The breakthrough came with the 1941 ceremony, where Chaplin recieved a total number of five nominations for his newest film, The Great Dictator. It was also the biggest snub of his life – for he didn’t recieve any of them.  Chaplin was the first one to be nominated for both Best Actor and Best Screenplay writer, a record that didn’t stand for very long, as Orson Welles broke it the next year with Citizen Kane – on top of these two Welles also recieved a Best Director nomination. I have no proof, but I don’t find it very likely that Chaplin was present at the celebration, as he was not especially fond of these kinds of celebrations. Here’s a short video of the audience of the 13th Oscar Gala.Then nothing came for a very long time, even though in the meanwhile Chaplin created two of his movies he is most remembered by. Neither City Lights, nor Modern Times were nominated for any Oscars! The only reason I can think of is that they were silent movies in an era of talkies, though I don’t quite see why this fact would disqualificate them. The only silent movies in the history of the awards that recieved the Oscar for ’Best Film’ were Wings in 1929 and The Artist in 2011.
Chaplin was snubbed again seven years later when he was nominated for Best Screenplay with his movie Monsieur Verdoux. It would have been a miracle if he had won that – public feeling was quite against Chaplin during this period because of his political views. He left the country five years later and he would have never come back if he hadn’t been nominated for an Oscar twenty years after the beginning of his exile!

But he was, as the Chaplin fever was back in the second half of the 1960s and the Academy must have realized that they were far from generous with one of the greatest icons of cinema. So Chaplin was called back to the States and was about to recieve an Honorary Academy Award in 1972. However, Chaplin was reluctant to go. He hasn’t been there for twenty years and he was near 83, an old man for whom it was not easy to move around. And he was also afraid of the public who neglected him twenty years before. In the end he decided to travel after all, and it resulted in the biggest ovation of the Academy Awards – the audience was standing and cheering for 12 minutes without stopping. Watch a part of the cheering and his short speech here!

The presentation of Chaplin was the last act of the 44th ceremony. He watched the previous awards with his wife Oona on a monitor in his room. After an almost 10 minute compilation of his movies (made by famous director Peter Bogdanovich), the screen disappeared and Chaplin was standing there in the middle of the stage. The house went crazy.

Chaplin and Oona in their room, before he went onto the stage.

This brief tour to America was also a time of sweet reunions for Chaplin. He met his former wife and leading lady, Paulette Goddard, his little co-star in The Kid, Jackie Coogan, leading lady Martha Raye who appeared by his side in Monsieur Verdoux , Limelight leading lady Claire Bloom, Groucho Marx, one of the four Marx brothers and also his leading lady in The Gold Rush (and lover), Georgia Hale. Hollywood was in Chaplin craze. Everyone wanted to have an encounter with Chaplin and he met the greatest stars of the time, including Jane Fonda, Jack Lemmon, Jack Nicholson, Cary Grant, Walter Matthau (who held a party for his honour which can be seen here) and many others.

This could have been the end of Chaplin’s story with the Oscars, but it wasn’t. Next year, in 1973, he was nominated again for Best Original Dramatic Score, along with Raymond Rasch and Larry Russel (who seems to have been accidentally nominated, you can read more about this strange story here). The interesting thing about it was that Limelight was filmed and released more than twenty years before, in 1952. It was, however, not shown in Los Angeles until 1972 because of Chaplin’s rather messy political affairs at the time. If you listen to it here, it’s not hard to see why it won.

The complications concerning Chaplin’s Oscars didn’t end even after he had died. The news spread all over the internet last year that Chaplin’s 1929 Oscar was stolen from the Chaplin office where it was kept. A video was made during the summer affirming this statement. I haven’t heard about anything new of it since then, so sadly I don’t think there have been any sorts of improvements about this business…

I think this lovely photo is the best way to end my article. Look at it closley and you’ll find the Oscar statuette on the left, standing next to Chaplin and will also see the front line of the newspaper saying ’Chaplin Ovation’. And last but not least, have a look at his face and see how happy he is!
This article was part of The Oscar Snubs Blogathon, hosted by The Midnite Drive-in and Silver Screens.